Three days a week I work at a desk, facing a monitor. I like to think of it as an opportunity to attend a very small showing of artwork/photography. Needless to say, I click on my "shortcut to desktop" icon frequently to gaze at whatever's on display at the moment, to take tiny mental breaks from my work and take off on flights of imaginative fancy. Here are a few that have been on rotation this summer:

Photo is from Dark Nostalgia by Eva Hagberg, source 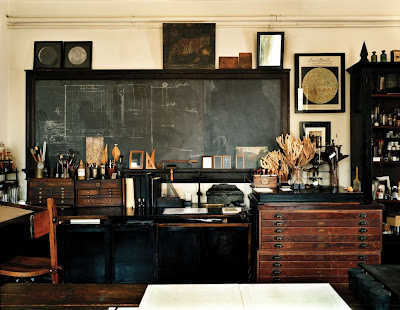 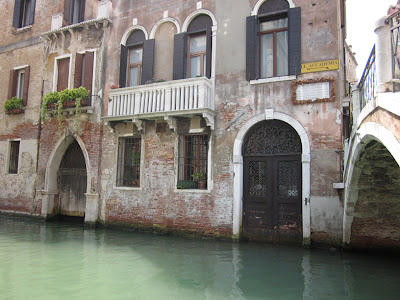 Hobbiton, and A Hobbit Dwelling by John Howe 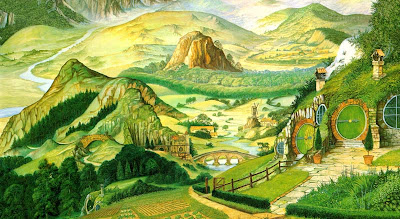 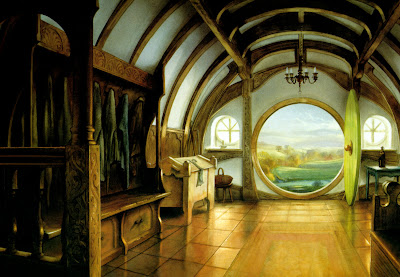 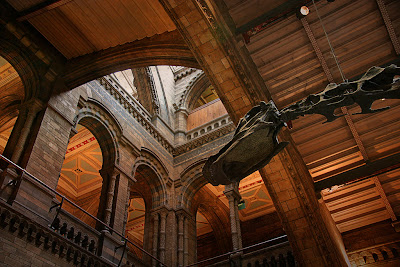 +++
Lacock Abbey, by Brian Negus, which appeared in a couple of the Harry Potter films 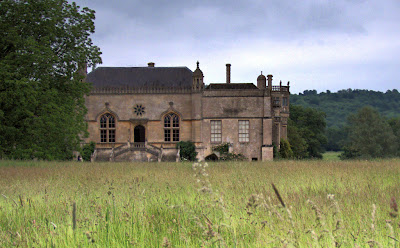 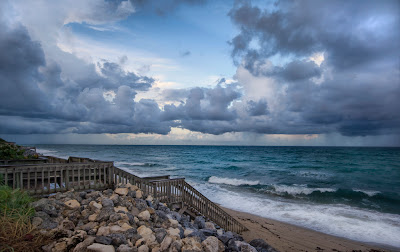 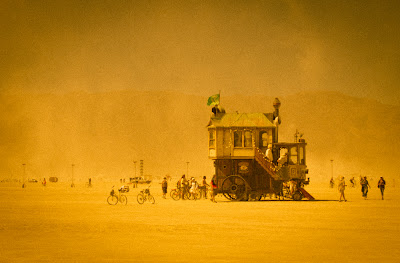 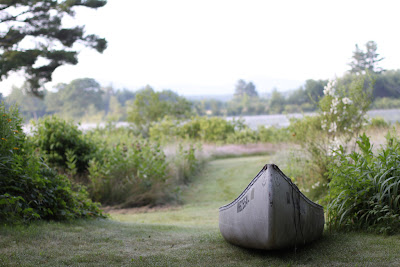 I keep getting caught in summer storms. They inspire terrible ambivalence.

On the one hand: ecstatic relief. On the other: electric anxiety.

I love them. I love the wildness of them, and the way the sky churns like an upside-down sea. I love the trickery, the reversal of day and night. I love the rain. It falls as if weighted with lead, as if thrown down. I love the feeling that the earth is drinking deep, slaking enormous thirst. I love finding myself in the minuscule shelter of a bus stop or a parked car and listening to the percussive music of it.

I both love and fear the sudden zig-zag of lightening, and the wide-eyed counting before the thunderous boom that inevitably follows.

I was coming home on the bus the other day when one of the more violent storms hit. The stress is a bit amped up at that job lately (not necessarily a bad thing, but an adjustment to be sure) and the atmospheric pressure did nothing to help. That particular time I escaped getting soaked, but not getting panicked. The flash and boom were simultaneous and I sat there, peering out through the fogged window at the sheets of rain chanting Faraday cage, Faraday cage, Faraday cage, willing myself not to touch any metal surfaces.

Traveling in Montreal is precarious enough without fear of electrocution. Those bridges, especially the Champlain and the Mercier, seem set to crumble and I hold my breath as we cross them even in fine weather. When we must cross during a storm - oh my. My pilot is unflapable, but I am all aquiver. I want to pray for safe passage, but to whom? Sometimes being a non-believer is a real bitch.

Yesterday, another storm. Fierce, but fast. It was gone halfway through my commute. I was sitting, looking out at the sky as we inched along. The clouds over in the direction we were headed seemed greenish and odd. As if another, stranger storm was up ahead. Traffic was immobile. I pulled out my earphones to see what I could hear. Sirens, actually. Off in the distance. We got closer, eventually, and those weren't clouds.

A fire was clearly raging somewhere in my neighbourhood.

Shortly it became clear that getting out and walking was the quickest route home.

The fire turned out to be at the end of my street, a couple of blocks from my place. An old, abandoned motel was burning. The main road passes in front, and was blocked off and full of red trucks. Hoses snaked along all the roads around it, water pluming out trying to reach the dancing flames. A sizeable crowd had gathered, snapping photos, filming, observing. Our local security officer held court in their midst. I see him at the library sometimes, he's quite a character. I can just imagine him waxing nostalgic about The Great Blaze of '11 in the near future.

Today was the first day since spring that felt cool. Yesterday I wore a little jacket in the morning. Two days ago I saw a leaf fall. It was still green, but in tumbling from that branch it signaled the very start of the end.

Summer, with its relentless heat and lashing storms will soon be over.

about me achy songs aromatic perfection art therapy art/illustrations as yet non-existent projects at the seashore august break autumn birds books can you be a patron of the arts even when you have no money? Canadiana delectables dreams en français festive season furry menace gloom and doom heady concoctions holidays I use the word "lovely" a lot don't I? Internet Whiplash it's worth your time learning libraries lip balm magpie tendencies mean reds meme memory lane montréal mornings my burgeoning athleticism natural history neato mosquito not actually a treehouse but almost olfactory daggers photos not taken pretty/neat procrastination purple quotes/poetry rainy day snails spring summer taking pictures teacup diary entries the cat The Year of the Gnome through smoke tiny points of light too big for a teacup in the end travels TREEHOUSES winter writing writing (non-fiction) yoga you have to read this